Following on from his successful debut on the Channel 4 Series SAS – who dares wins, I thought for this weeks post I would have a nice catch up with my friend, Freddie Iron. As a respected Endurance athlete, I wanted to pick his brain about his experience on the show and also what equipment he found to be the most effective on his Arch to Arc event that he also completed in the summer. 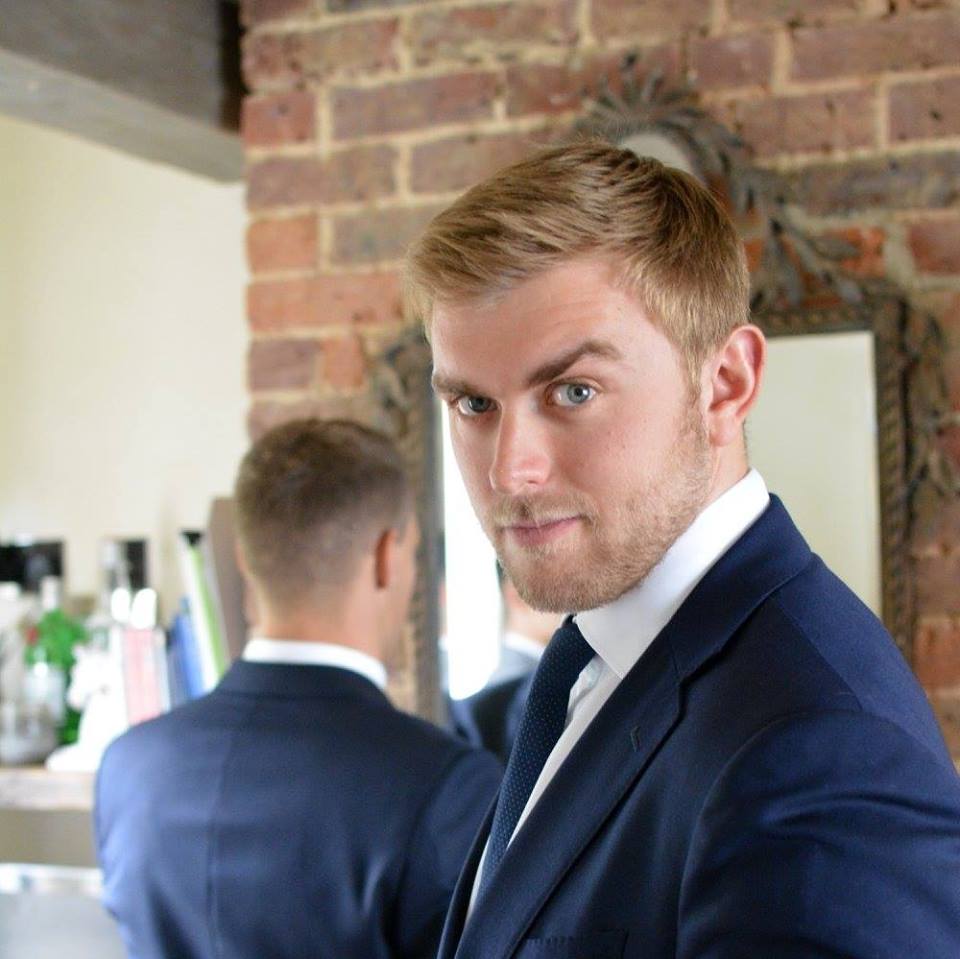 Hi Freddie, firstly congratulations on your success on SAS – Who Dares wins which aired recently. It was riveting viewing and you seriously did so well. I am sure it was great training for your Arch to Arc event you completed in the summer too. Have you always been into sports and exercise?

I’ve always enjoyed sports from an early age but to be honest I was never very good at them. Rugby, football, tennis and cricket were my favourite sports as a child but as I left school I continued to play rugby at University and for my old local club, Faversham.

When did you decide to try out endurance events?

Until the end of 2012 I had never run 10 km (probably not even more than 5 km), only cycled a little bit to and from work a few days a week and hadn’t swum in a pool at all since I was 13 and never open water. However a combination of being fairly settled in my job, my surname being Iron and a little bit of inspiration from the Olympics I decided to sign up for the UK Ironman 70.3, held in June 2013. After 3 weeks training I decided that I wouldn’t have been satisfied only doing a half so may as well sign up for the whole hog so entered the Zurich Ironman, held in July 2013. I had 7 months to train! To this day I’ve still never done an Olympic triathlon… 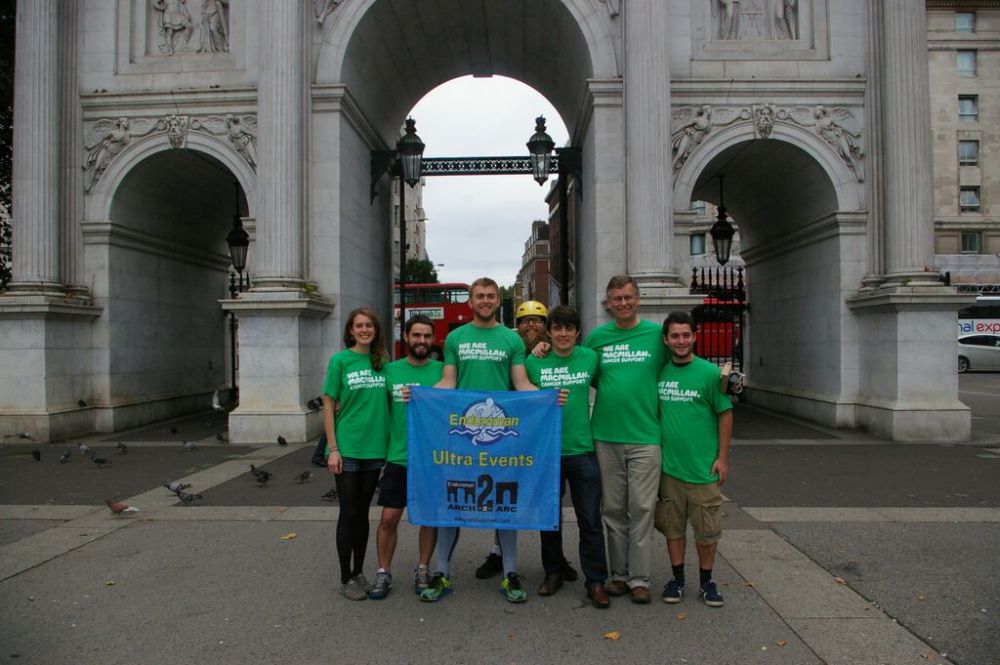 How did you hear of Arch to Arc and how did you prepare for it?

I went back to rugby but broke my arm 4 months later. I was a bit miserable so on my hospital bed I typed in “hardest challenges in the world” and other variations and the only one that really interested me was the Enduroman Arch to Arc. It was multi-disciplinary, based in the UK and had only been completed by 13 people ever (it had been running for 13 years). I was intrigued as all other events had been completed by at least hundreds of people. Despite having comparatively little endurance experience compared to other athletes who enter, after meeting Enduroman #1 at a swim training camp in May 2014, he gave me a slot for 2015.

Preparation and mindset is absolutely key for an event like this and spending hours equally weighted to each discipline usually ends in disappointment. The important aspect is to look at where most people fail the event and look at your own strengths and weaknesses. I worked out that the Channel swim was by far the most important part but the run was where I was relatively weak. I broke my training phase into 3 blocks, summer, winter and spring and had at least two weeks rest (no exercise) in between each phase. Aim of summer was to build strength and get to 50 miles by foot and complete a 6hrs swim. By the end of summer I had many ups and downs but I’d completed a 45 mile run and a 6 hr swim. I did not care how far I had swum, it was all about the time spent in the water so I would keep my stroke very smooth and slow. In autumn/winter I couldn’t do much long distance so focused on getting my swim speed sorted (although I did a swim camp in Lanzarote in January where I completed 25 hours of swimming). An important aspect of training was conditioning so I spent lots of time swimming in cold water. I also saw a physio to correct the running issues so by the end of February I could complete a 73 mile run to every football ground in London. I then went to Mexico for a two week Spring Break in March and completely “rested”. Spring was the key block as I needed to put together swim endurance with swim speed. Time x Speed = Distance! I also tried to do 2 runs a week (<20 miles). This block was disrupted by the 8 day filming of SAS: Who Dares Wins which put me out of traditional training for about a month. Luckily the week was so brutal it definitely helped rather than hindered! Apart from cycling to work twice a week I might have cycled twice in 2015. The last long swim was 4 weeks before my tide and I mostly rested leading up to the event. The longer the event the longer the taper. 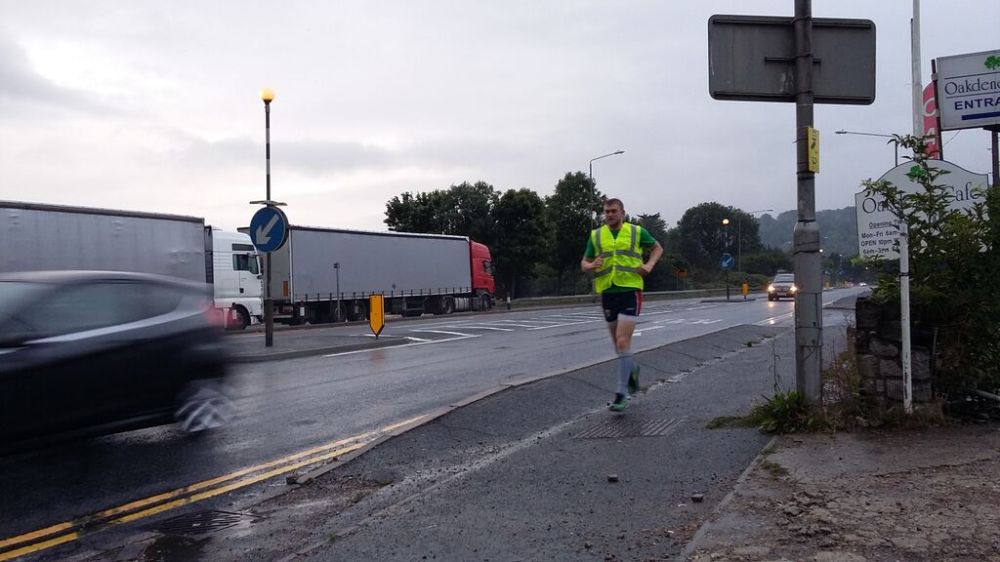 What aspect did you find the hardest out of the three disciplines?

Despite spending most time on it the channel swim was definitely the most difficult part. Unlike the run or bike you can’t rest at all in the channel and you’re horizontal the whole time. You’re sense of direction is also completely ruined. I spent about 4 hours believing I wasn’t getting any closer to my destination. Due to a strong spring tide that was actually the case for 2 hours…. The whole swim took 15 hrs. There was also an aspect of the run about 50 miles (11 hours in) where my body started to collapse so I had to take a quick 90 minutes nap. It worked wonders because the next 37 miles took under 6.5 hours to finish the run in 18hrs 55 mins. Feet were in considerable pain. The bike was very painful as I was pretty broken, but I knew I was going to make it so was relatively stress free, taking 14hrs 18 mins to finish the entire event in 77hrs 17mins (the clock never stops so transition times are included). 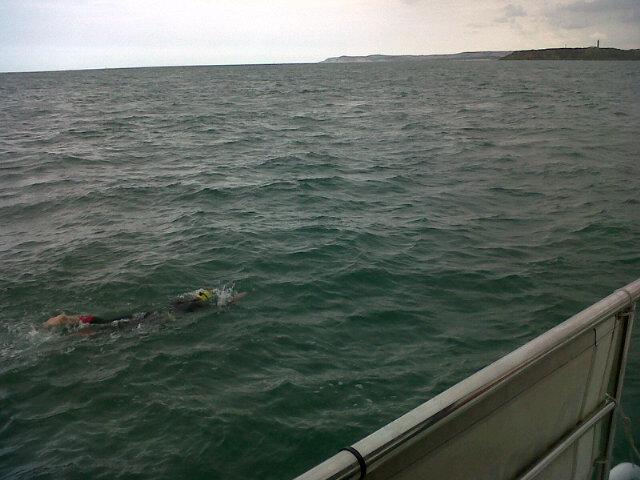 What clothing and accessories brands have you found to be the most suited to you?

I used a Zone3 vanquish wetsuit and I was thoroughly impressed as it’s much more flexible than my previous suit. It’s also still in good knick despite having a serious amount of usage! Other than that I run in what’s comfortable. I got through quite a few pairs of Underarmour lycra shorts and their long sleeve thermal running vest is pretty good in winter. Coolmax socks are also very good at preventing blisters, but if you put rugby socks (or calf guards) over the top then it supports the calves really well. I used various combinations of whey protein/maltodextrin/dextrose from Bulk Powders for my race nutrition. I would advise just getting a selection and working out what’s best for you – everyone’s different! Race nutrition in liquid form is usually an advantage. For the race itself I had a simple pulse monitor for the bike but I never used any accessories during training. No trackers/GPS/watch/HR monitors. Training sessions are so long lots of information can be very distracting. It’s much more important to let your mind daydream when you’re at a comfortable pace.

Did you get a positive response from people in terms of fundraising? Did you do any funny fundraising ideas to foster further interest?

I got a very positive response and the support from work (Tullow Oil) was exceptional. I’ve raised £35k to date for Macmillan Cancer support to date and there’s still some trickling in. It’s quite difficult and draining to fundraise so funny ideas are really important! When I got my wetsuit in January I wore it in the office for a day to help raise awareness of my challenge and got £1k from that alone! The 73 mile football run was also a way of generating some early momentum going into the event. 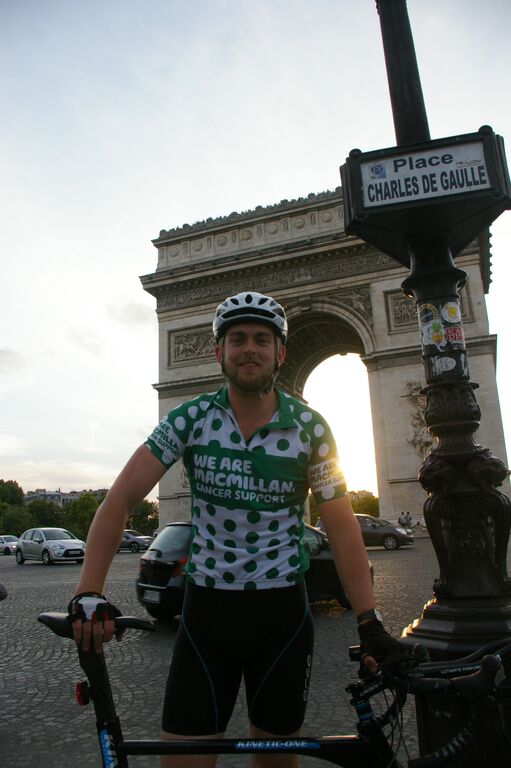 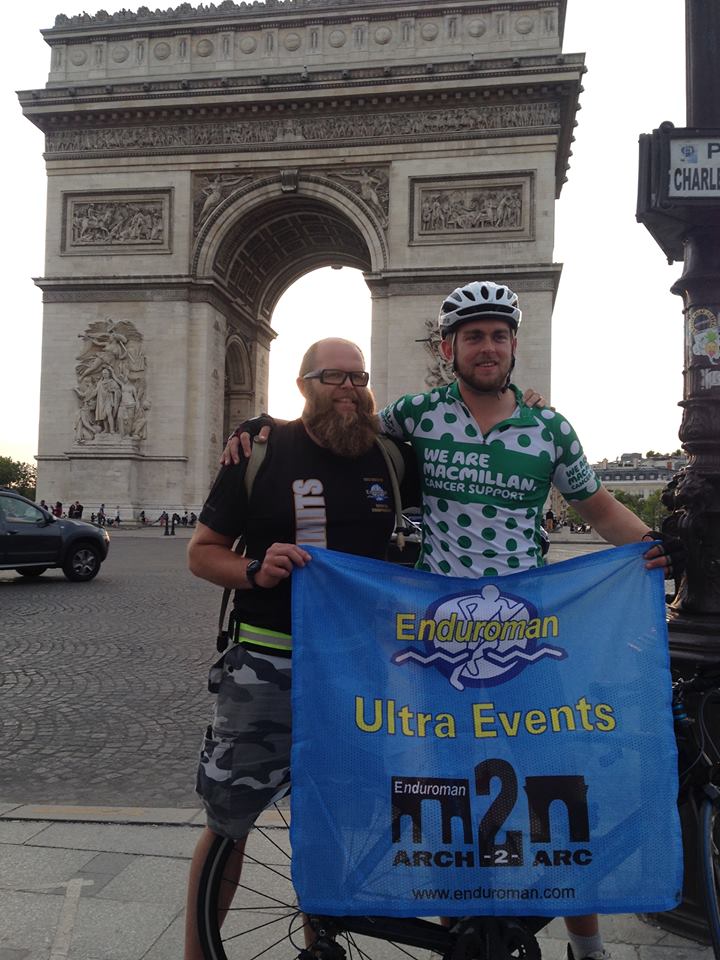 When you aren’t competing in extreme sporting feats, what do you like to do in your spare time?

In my spare time I like to eat, drink, be merry and generally socialise. I found it really important to keep a balance between training and socialising. If I neglected my downtime, training time usually suffered. It might have meant I had a few unpleasant hungover sessions but that’s much better than if I hadn’t socialised at all. Maybe a little more restraint could have helped though.

Thanks again so much for taking part in this interview Fred, I cannot wait to hear what 2016 has in store for you.