Good day to you my festival loving friends,

I apologise for the absence of last weeks post, but I just arrived back from an incredible weekend at Glastonbury festival in Somerset. I will admit from the get go, I didn’t go full native pitching a tent and only having baby wipe washes for five days, my friends and I had a caravan which made the nearly knee deep mud and constant rain a tad more bearable. Haha.

Prior to this weekend, I have only done a few day festivals each year but as this year coincided with my 30th birthday on Thursday I knew I had to try to get tickets. We were so lucky to finally get them on the very last day of the resale, I literally screamed with excitement when we got through!

So with a suitcase, sleeping bag, pillows and lots of hand sanitiser packed we set off from London late on Wednesday evening. It was fairly plain sailing getting there apart from a few motorway diversions, although it didn’t bode well when we had to be towed by a tractor to our caravan when we arrived. Ha. Once we finally were settled around 4am on Thursday we were asleep before our heads hit the pillow. I awoke a few hours later to my friends gorgeous 7 year old showering me with kisses and wishing me happy birthday and I was given my outfit for the day which consisted of a pink tutu and a tiara which actually looked awesome paired with my grey Havaiana wellies. We did a recce of where all the main stages were and had some fun in some of the tents taking pictures and making clay models.

On Friday we awoke after a proper nights sleep and laden with wet weather gear as rain was imminent, we checked out a kids disco in the afternoon before heading to watch Bastille who were actually a surprise hit for me. The setting was perfect with the sun going down behind us, surrounded by colourful flags billowing in the breeze and lots of happy people using our smiley.com flag as a marker to meet their friends. Disclosure closed the evening which being one of my favourite acts did not disappoint. 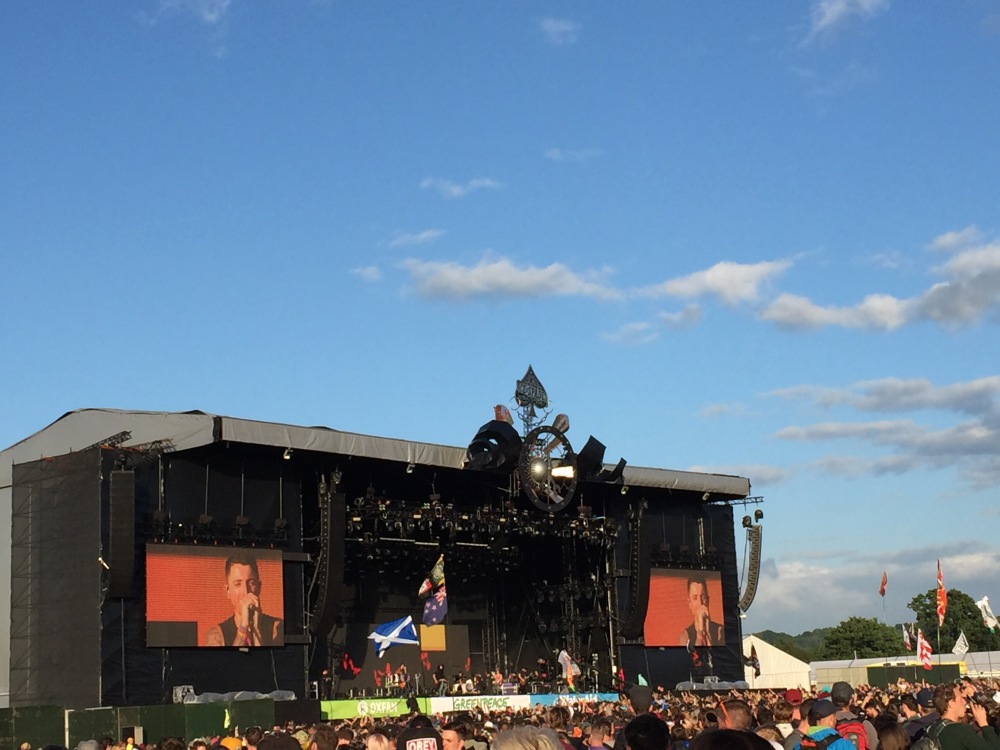 On Saturday we were intent on seeing the legend that was Fatboy slim which we went to check out after ZZ Top on the Pyramid stage. Although I knew some of their songs, I couldn’t fail to be impressed by their chest length beards and guitar skills. The walk over to the John Peel stage was mammoth after they had finished although having a full rainbow emerge over us on the way there proved a worthy distraction. Fatboy Slim was wonderful and his resident set at Glasto really got us dancing and stamping our feets. By the end of his set, we all were so exhausted after the sheer amount of walking we had done all day, we retreated back to our caravan and listened to Adele close with a cider in hand watching another beautiful sunset.

On Sunday we decided to make it the most hassle free of them all so we left home armed with camping chairs, wet weather suits, loads of snacks and drinks and decided to get a good spot at the Pyramid stage ready for the closing act. Whilst there we saw great performances by Laura Mvula, Ellie Goulding and ELO. We decided to find some dinner whilst Beck crooned behind us. We then picked up our wrist bands which were being given out by the stewards.

As the rain finally disapated, Coldplay came onto the stage and as you can imagine they were mondblowing. The combination of the multi coloured bands, lasers and flares rocketing into the sky with the words to all the songs being sung by thousands of people in unison was enough to bring tears to my eyes. They were one of the best live shows I have ever seen. 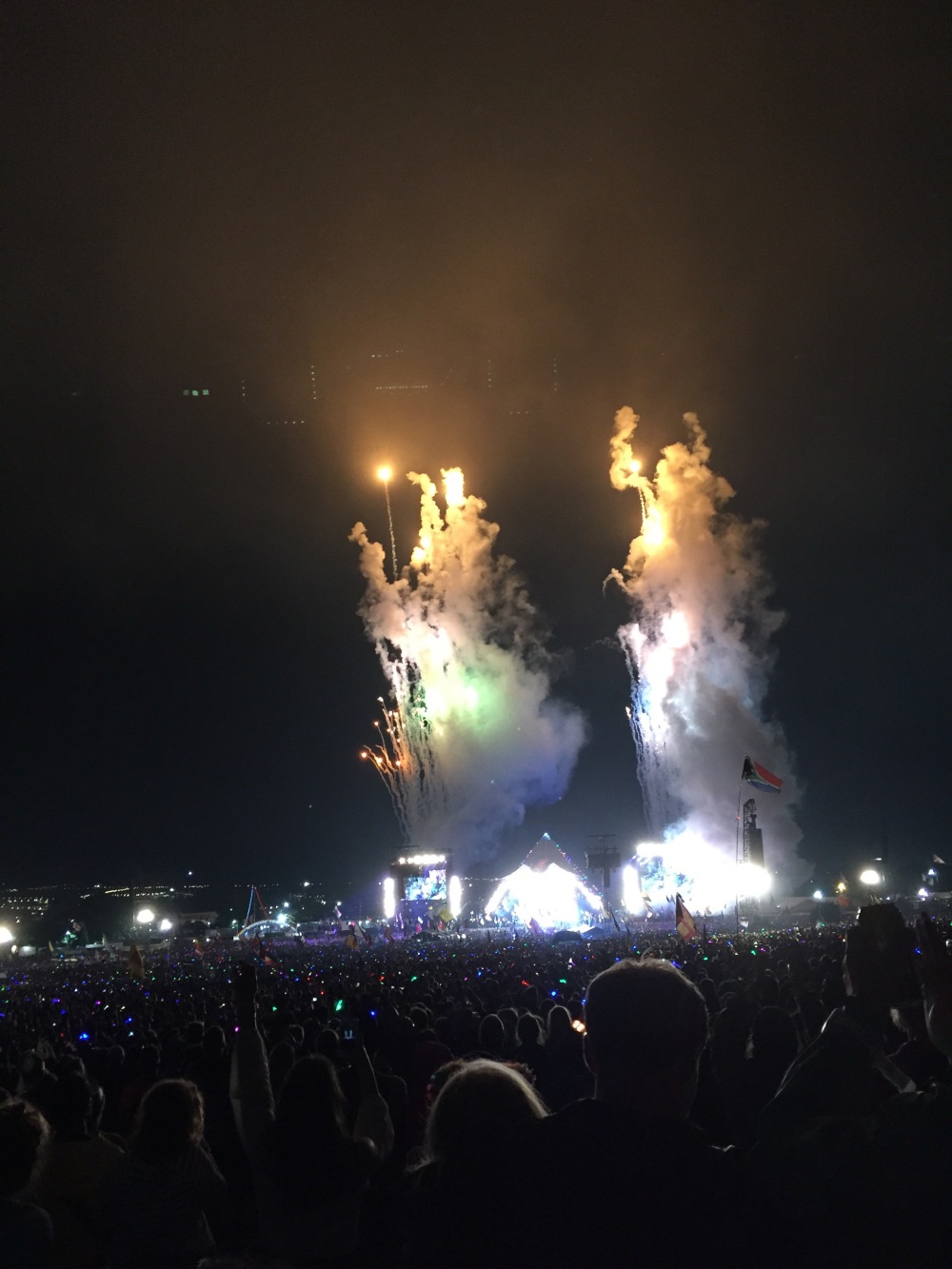 After Coldplay we decided to check out some of the DJ tents and also danced under the ginormous robotic, fire breathing spider to Prodigy – imagine that picture 😀 I really wanted to end my time there in tradition so we got to the stone circle just in time to see the sun rising over Glastonbury for the last time which was truly magical.

Although I was completely out of my comfort zone for most of the weekend being surrounded by mud, pungent porter loos and rain most days, the sights of people dressed as unicorns, penguins, horse guards or anything else you could ever imagine, great conversations with complete strangers and the loving feeling of everyone there made up for it in leaps and bounds. Only at Glastonbury, will you see someone dancing bare foot with cow bells around their neck on one side and small children on their parents shoulders having a whale of a time on the other. It is the one of most diverse, spiritual places I have ever been to and I know that I definitely left a small part of me there.

Until next time, take care